Brothers On A Mission 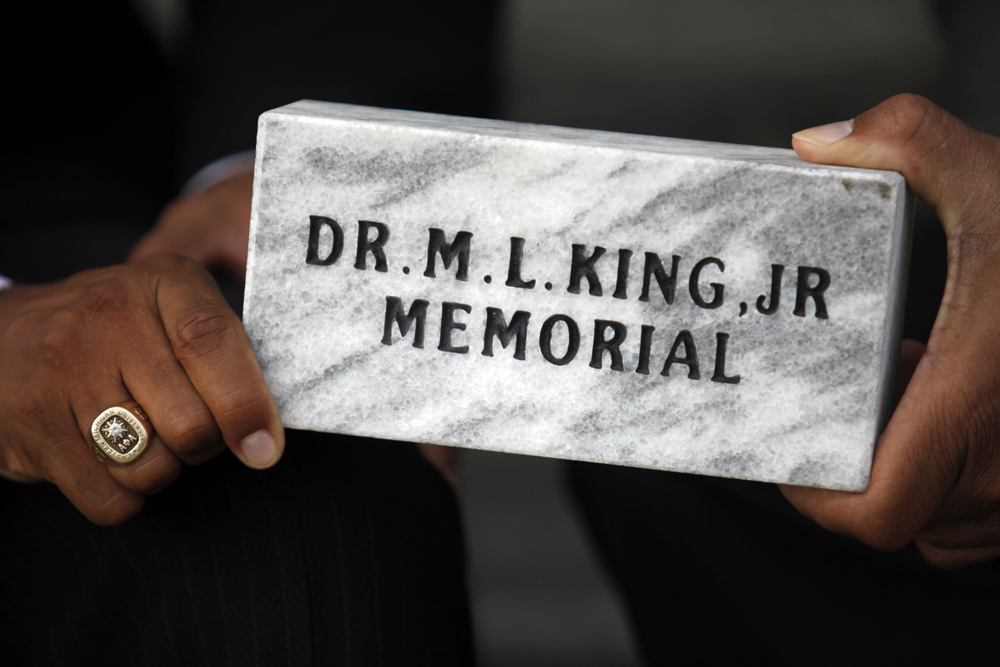 ‘Their Dream: An Honor Fit For King‘

Some dreams are personal.

For the men of Alpha Phi Alpha Fraternity, helping to create a monument honoring Dr. Martin Luther King Jr. was something they had to do.

King was an Alpha man. But more than that, it was the commitment to his dream of equality that drove them to begin laying the groundwork for a monument in his honor in 1984.

“We were the originators of the idea, but this is bigger than Alpha Phi Alpha,” said Robert Hawkins of Detroit, a member of the Detroit chapter.

The $120-million effort, which garnered support nationwide from people of all races and ethnicities, will come to fruition next Sunday, when the monument on the National Mall will be dedicated — 48 years from the day that King delivered his famous “I Have a Dream” speech. 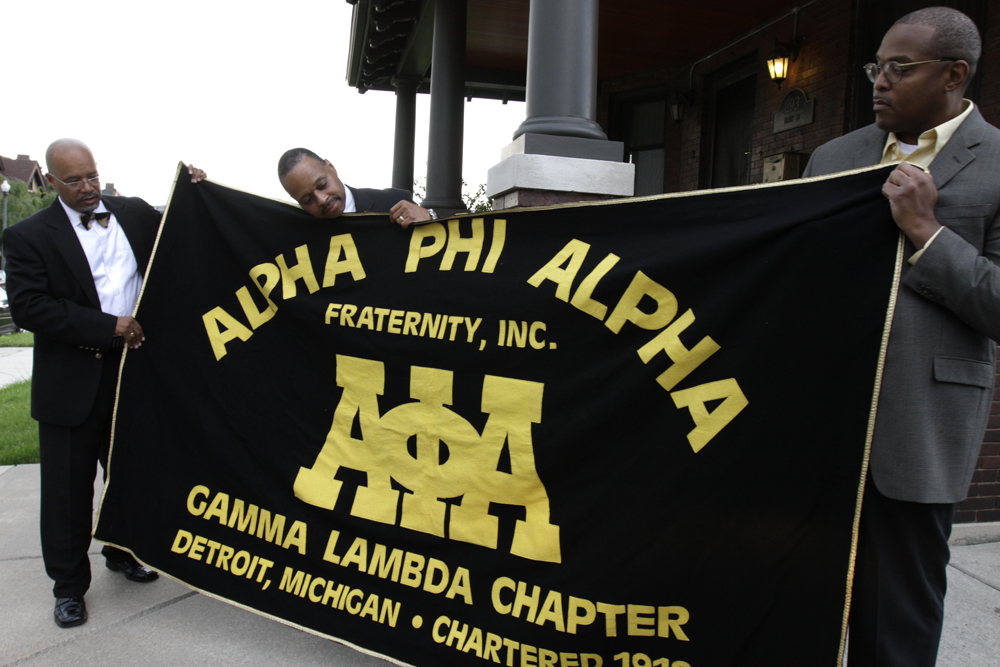 In Detroit, the Alphas’ fund-raising ranged from soliciting funds door-to-door to a glitzy black-and-gold gala held at the Marriott Renaissance Hotel in 2002 on King’s birthday — Jan. 15.

“We went to union halls, block clubs, neighborhood associations — literally, anybody who would listen,” said Hawkins, who will be among those traveling to Washington, D.C., for the dedication.

“It signifies that anything is possible in the United States. No matter what color we are, we all bleed red, white and blue.”

Their dream: An honor fit for King

There was never any doubt in Wayne Watkins’ mind that he would be heading to Washington, D.C., this week for the dedication of the Martin Luther King Jr. National Memorial.

Watkins, 56, grew up in racially segregated Columbia, Tenn., and started his formal education at a two-room school for black children. He ended up earning a bachelor’s degree in information technology from the integrated Middle Tennessee State University in Murfreesboro and later, a master’s degree in the field from the University of Detroit.

His family lives in Rochester Hills, and he works as a manager for Visions Education Development, a charter school management company based in Southfield.

“I grew up on the tail end of Jim Crow,” Watkins said, referring to the system of discrimination designed to prevent interaction between white and black people on equal terms.

“I’m keenly aware of separate and unequal. I remember, as a child, going to the movies to watch “The Three Stooges” and having to sit up in the balcony — what was called the crow’s nest, because we weren’t allowed to sit on the main floor. I remember being at a Woolworth’s with my mother, and my mother telling me I could not get a hot dog and a Coke at the counter because of my color.” 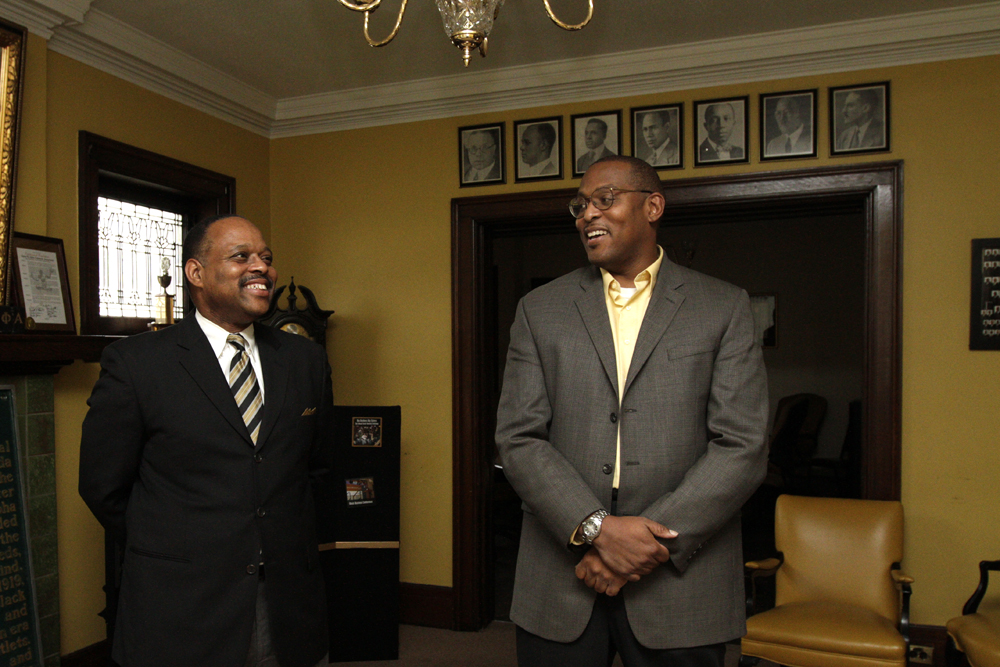 Their vision will become a reality next Sunday when the monument is dedicated — 48 years from the day that King delivered his famous “I Have a Dream Speech” to thousands on the mall.

“We are very excited, humbled and quite proud,” said Robert Hawkins of Detroit, a member of the Detroit chapter who helped lead efforts to raise money and awareness in metro Detroit.

Since the early 1990s, Alphas have asked every member nationwide for a $100 donation for which members received a brick symbolic of building the dream.

In 1996, President Bill Clinton signed legislation authorizing the establishment of the memorial.

Later, the fraternity helped establish a nonprofit memorial foundation whose work became to raise nontax dollars for the monument, choose a designer, do the legal and advocacy work needed to get the desired land on the National Mall and oversee construction.

Another Alpha, Roderick Gillum, chairs the foundation’s board of directors.

“We all stand on the shoulders of men like Dr. King,” said Gillum, a former vice president for General Motors, the monument’s lead corporate sponsor.

“There are opportunities that I and others wouldn’t have available had he not taken a stand at great personal risk and sacrifice,” said Gillum, a partner in the Southfield-based law firm Jackson Lewis. “This is a single leader who made a difference in individual lives and in greater mankind.” 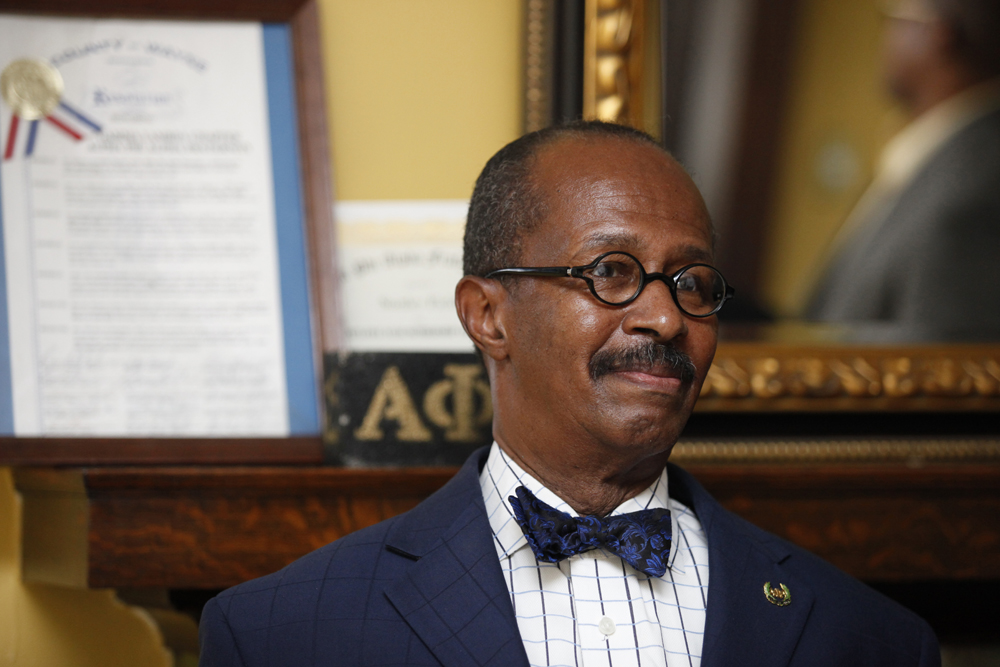 Alphas in Detroit raised more than $77,000 toward the monument.

To do it, they sought assistance from local religious leaders, some of whom are also Alphas. One of them was the Rev. Oscar King III, pastor of Northwest Unity Missionary Baptist Church in Detroit.

He added: “Dr. King would be pleased — not because his name is being lifted up, but he’d be pleased to see people came together from all walks of life to make it happen.”

Oscar King also said he believes he owes his position in life to the civil rights leader.

“He was soft-spoken, humble and so committed,” he said.

“It humbles me to know that in the midst of all that was going on in his life; he never swayed from the path. I think watching what Dr. King did is probably why I’m in ministry today.”

“We did it because we know that Martin was more than a civil rights leader,” Adams said. “He was a preacher. We look to him as an example of the church’s role in civic affairs. We celebrate what this monument represents — that ordinary citizens can help the nation live up to what it promises in the Constitution and the Bill of Rights.”

Alpha Harding Fears of Detroit, who also worked on the project, said he never doubted the monument would become a reality.

“For me, it was a reality from Day One, when we said we were going to do it,” said Fears, an account manager for global automotive supplier Magna Powertrain in Troy.

“This was, quite frankly, my first opportunity to tangibly pay back Dr. King. It was a no-brainer because I recognize that it was Dr. King’s work and the sacrifices that allowed me to participate in the corporate world.

“And it’s gratifying to me that Dr. King’s fraternity — my fraternity — was the catalyst for making it happen.”

***Check back soon for more guest articles, videos and interviews***