Donate To Beyond This Place

Beyond This Place is an independent documentary film project that examines the rich culture of Black Greek Letter Organizations while at the same time posing a complex question: “What is the role of Black Greek Letter Organizations in the 21st Century?” Through personal stories, academic analysis, photographs, and archival footage, Beyond This Place aims to document, examine, and help facilitate discussions within the Black Greek and larger community while inspiring imaginative solutions to our organizations modern day challenges. We invite you to join us as we tell the story of progress, pride, and potential! Feel free to make your contribution to our project by clicking the PayPal button below or continue reading to learn more about our fundraising efforts.

Central to the success of the Beyond This Place project is the support of financial backers who are committed to seeing this project through to the big screen. We raised $2,800 during our Indiegogo campaigns and are still looking to raise more funding. With you help, the funds raised will be used to:

The goal is to successfully fundraise enough money to produce one segment of our documentary concept. A pilot, which we will then use to leverage other resources to complete our short length documentary.

Around the time I was twelve years old, my father took my brother and I into the heart of downtown St. Louis for a Greek Show at Kiener Plaza. His eyes lit up with enthusiasm as he described the scene. At the time, I had no clue what a “Greek Show” was and I really had no intention of going, but his excitement immediately influenced my own as we pulled up to the concrete amphitheater. The sun was bright, but not quite as bright as the glistening gold boots I saw once I stepped out of the car. I thought I had stepped into some type of live amateur theater production.

I remember the large crowd, the excitement in the air, and the look of pride those who came to the event had on their faces as the men with the sun boots took their places in front of the cold, stone stage. A husky man introduced the group, who were wearing purple t-shirts and army fatigue pants, as the brothers of Omega Psi Phi Fraternity, Inc., at which point some of the adults and young men sitting behind me started barking like dogs. My brother and I shared a laugh and knew we were in for a treat. The men continued their greetings and then eventually started “dancing” while singing songs. “I’ve been working on Omega train . . . rolling, rolling, rolling for Q Psi Phi!” they chanted while making animated beats using their bodies. The experience was thrilling. As if it were yesterday, I can remember that as we left the event, I looked out the window to see the brothers who performed walking together, embracing each other, and laughing while on their way to their next event. It may be cliche to say, but I was hooked from the moment I was first introduced to the culture of Black Greek Letter Organizations (BGLOs). 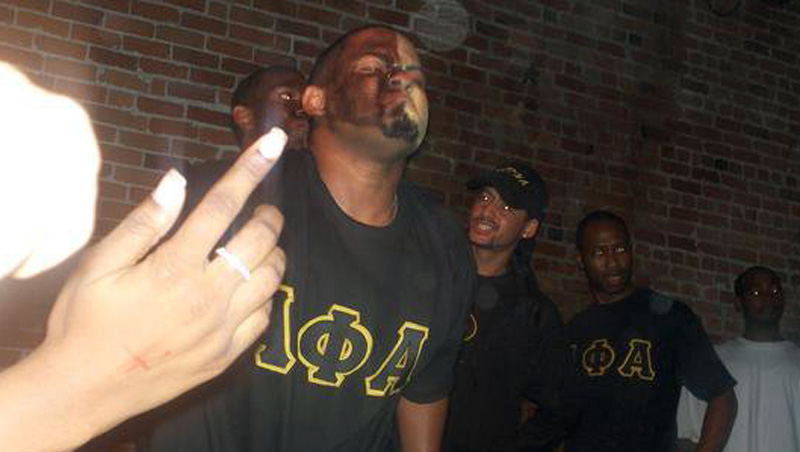 During the last 20 years, questions about the relevancy of BGLOs have created a dynamic shift in the discourse which surrounds them. Combined with an increase in popularity due to Hollywood’s fascination with films about Black Greek life, such as Spike Lee’s “School Daze” and Sylvain White’s “Stomp The Yard,” BGLOs have been subject to increased criticism. What’s even more compelling is that trend which uses BGLOs as catalyst of controversy isn’t going anywhere. VH1’s potential show “Sorority Sisters” and Forest Whitaker’s Underground, a film about hazing at HBCUs, will add to the list of content which call into question the relevancy of Black Greek Lettered Organizations.

So where are the alternative representations of Black Greek life? I created Beyond This Place because I want to explore not only the beauty of our brotherhoods and sisterhoods, but also to explore their possibilities. Never before has a documentary film looked at the various challenges and also offered solutions to the issues surrounding Black Greek life today. Now I’m asking for your help to make this documentary a reality.

The story of BGLOs is an important one to tell. It serves as one of the truly organic institutions that have helped to shape Black and American culture. The incredible people and collective achievements of these organizations are worthy of a serious investment in the preservation of their history. Please join me on this journey and continue to show your support. Thank you for your time and consideration.

DONATE AND YOU’LL RECEIVE EARLY ACCESS TO THE FILM

We invite you to join us on this journey by making a donation via this page. You can do so by clicking the button below (or at the top of this page). Every donation counts and puts us one step closer to creating this unique film. Additionally, anyone who donates at least $50, will receive a DVD rental pass to see our films sneak preview exclusively on Vimeo On Demand (upon completion- 24 Hr Pass).

While making a documentary film is an inherently risky task, we are confident that we can meet any potential obstacles with holistic solutions.

For example, there is always the potential challenge that more funding will be needed to complete the film pilot. This is one reason why we will strive to exceed our 10% funding goal we’ve set for ourselves. This can happen for a variety of reasons, such as editing takes longer than anticipated or unforeseen events require more filming days. While this may readjust our completion date, it will not keep us from completing the project. No matter what, we promise to keep our backers up to date on any new risks and challenges and to be transparent about our plans to address them!

Producer Jarrad Henderson is committed to assembling a talented team and has been collaborating on creative projects for a decade. His experience working in the deadline-driven newspaper industry, commitment to transparency, and dedication to completing this project will make sure you will always remain informed about our film’s progress. Micro updates will always be available via Twitter (@BeyondThisPlace) and on our website.